12 Weeks with Poser, Week One This is the first of a series of weekly posts that covers my efforts to learn and create with Smith Micro's Poser application. I'll share the information I learn, any tricks or tips I come across, and my thoughts on Poser as a creative tool. My goal will be to follow my intersests as I become more familiar with the program.

For my first week, I'll go over a (briefly) a history of Poser, what the application does, where to buy it and how to install.

What is Poser? It is a 3D manipulation program aimed at the prosumer. Poser isn't a 3D object creation tool, rather it allows you to manipulate 3D assets that have already been created. Poser is generally used to create 3D portraits and scenes. With Poser, you can pose, animate and render a scene much more quickly than most 3D application. This is why the user base around Poser is so large.

Smith Micro currently owns and develops Poser (now in its 11th iteration), but the application's history is somewhat complex. I'll sketch out the basics here. The Wikipedia entry on Poser is quite detailed and I recommend it if you want to learn more.

Poser was created by artist/programmer Larry Weinberg as a digital replacement for artist's mannequins. It was released in 1995 and went through two versions before Mr. Weinberg's company was purchased by MetaCreations in 1997. Two years passed and Poser was sold again to Curious Labs who continued developing the program until 2005 when it was sold to e-frontier. Three years later Poser was sold to Smith-Micro who currently own and develop Poser.

More than any previous owner, Smith Micro has grown and developed Poser into a powerful and easy to use 3D program, although development has slowed in recent years leaving long-time users somewhat frustrated.

Renderosity began as a Poser community back in 1998. Over time Renderosity has expanded to become one of the largest digital artist community online. However, the connection with Poser has always remained strong. In fact, the Poser forum at Renderosity is large and active. Renderosity has a close relationship with Smith-Micro. 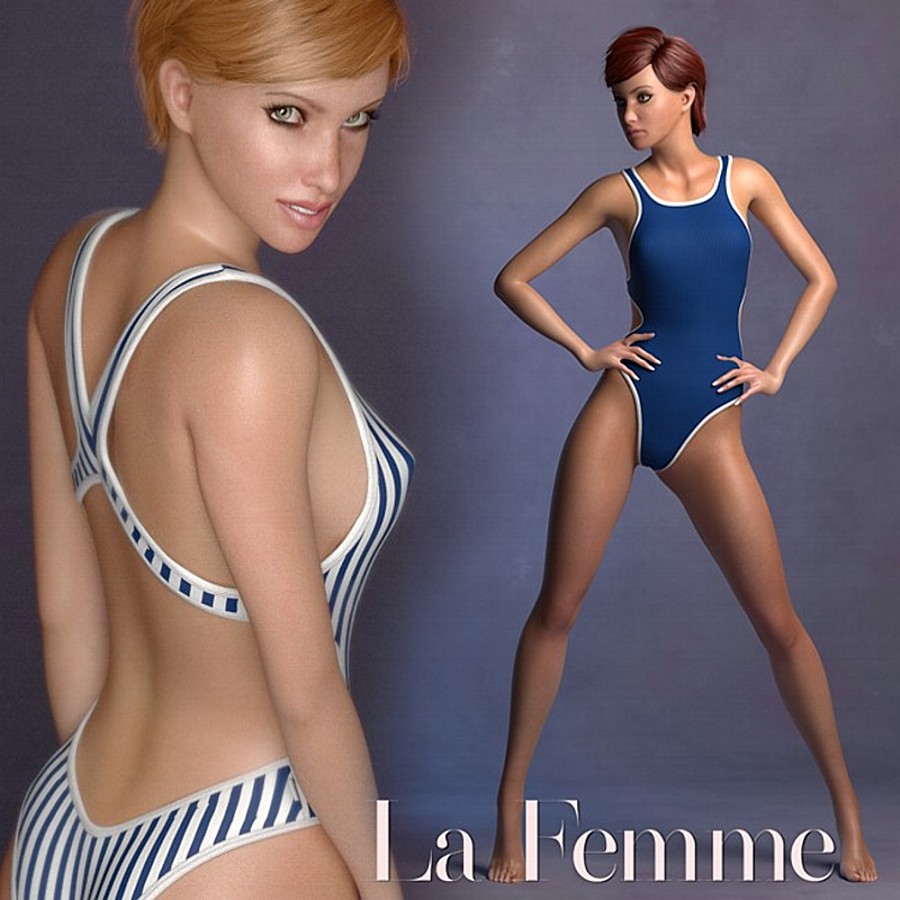 Renderosity has also just released a new base figure for Poser: La Femme. Months of development went into this figure which is the most advanced Poser figure available. Renderosity is making La Femme available for free. There are also many bundles which include Poser 11 and other content. Check out the link for more info.

Poser 11 is available from a variety of sites online and via old-fashioned disc. Renderosity sells it directly for $129.99 as well as the Smith-Micro website. One advantage Poser has over its main competitor, Daz Studio, is the amount of free content you get with Poser. Smith-Micro provides you with many gigabytes of content that is immediately available in your Poser library. More about the library later.

Note that you'll need to use the Poser downloader app in order to download and install Poser 11 and all of its content. The app is easy to use and is useful in updating Poser and Poser content. Poser 11 is available for the Mac and PC. I'll be using both versions for this series. I have a MacBook Pro and a home workstation PC with an NVIDIA Quadro GPU. It will be interesting to see how each version compares. And be sure to download and install the two Poser updates. One is to update Poser to the current version of 11.1 and the other is to update the content library to the most recent content. Now that I have Poser 11 installed (on both Mac and PC) along with all of the content. I'll begin to learn the interface and decide on a project to test Poser with.

Next week: The Poser interface and getting started.