The year 2018 has been a good one for Blender. A lot has happened! Below I present my personal top list of memorable Blender events of the year. And one I look forward to in 2019. Listed in chronological order. 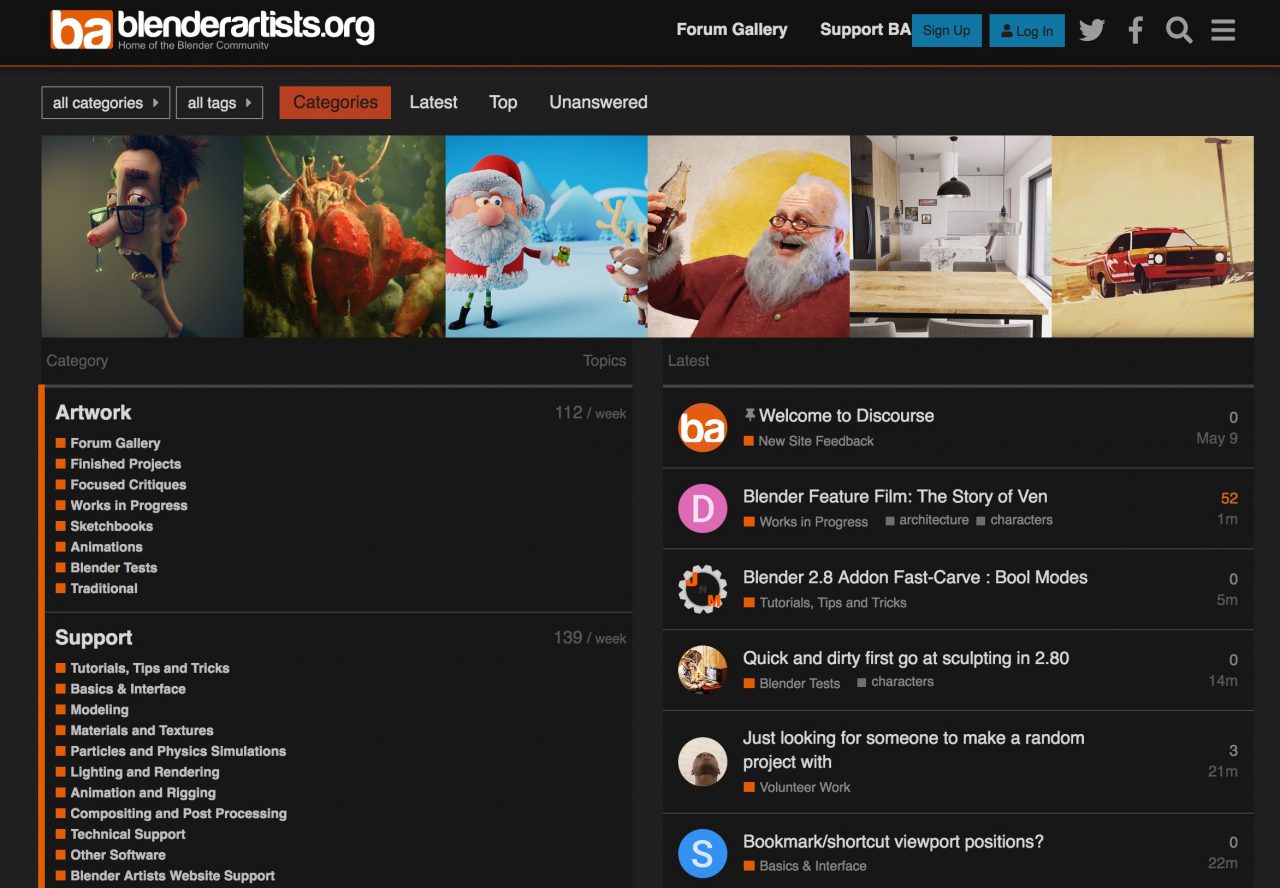 The year started with the announcement that the biggest Blender user website blenderartists.org will be under new management, adopted by Blendernation’s Bart Veldhuizen. The illustre “BA” site has a long history – starting as elysiun.com 18 years ago it was the website where we campaigned “Free Blender” in 2002. In the past years, the site’s popularity was dwindling though, partially because of an increasingly toxic atmosphere. A good remedy for that is upgrading forums to Discourse, more strict house rules (Bart’s a boss!) and a lot more positive attention to making and sharing art. 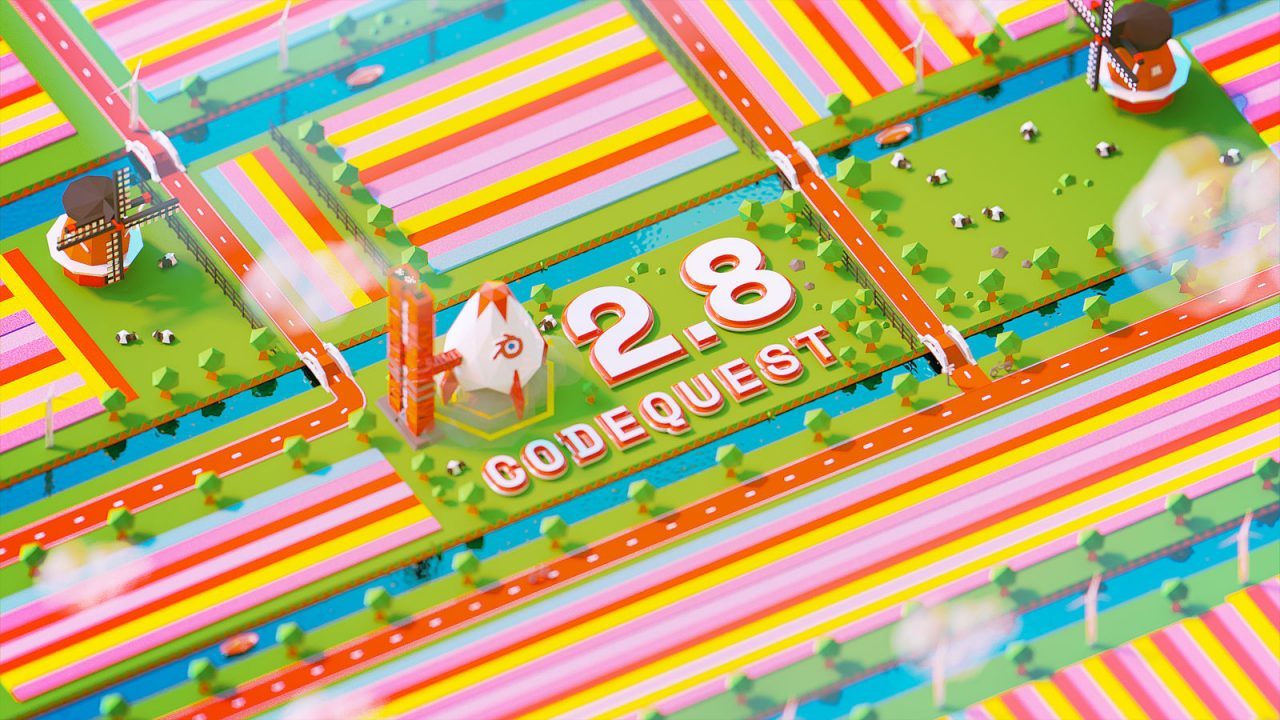 On February 9 we posted “this Monday something big will happen” – not realizing everyone would expect Blender 2.8 to be magically finished! Instead, it was the start of one of the best working fundraisers in Blender’s history – the Code Quest and the Rocket token. 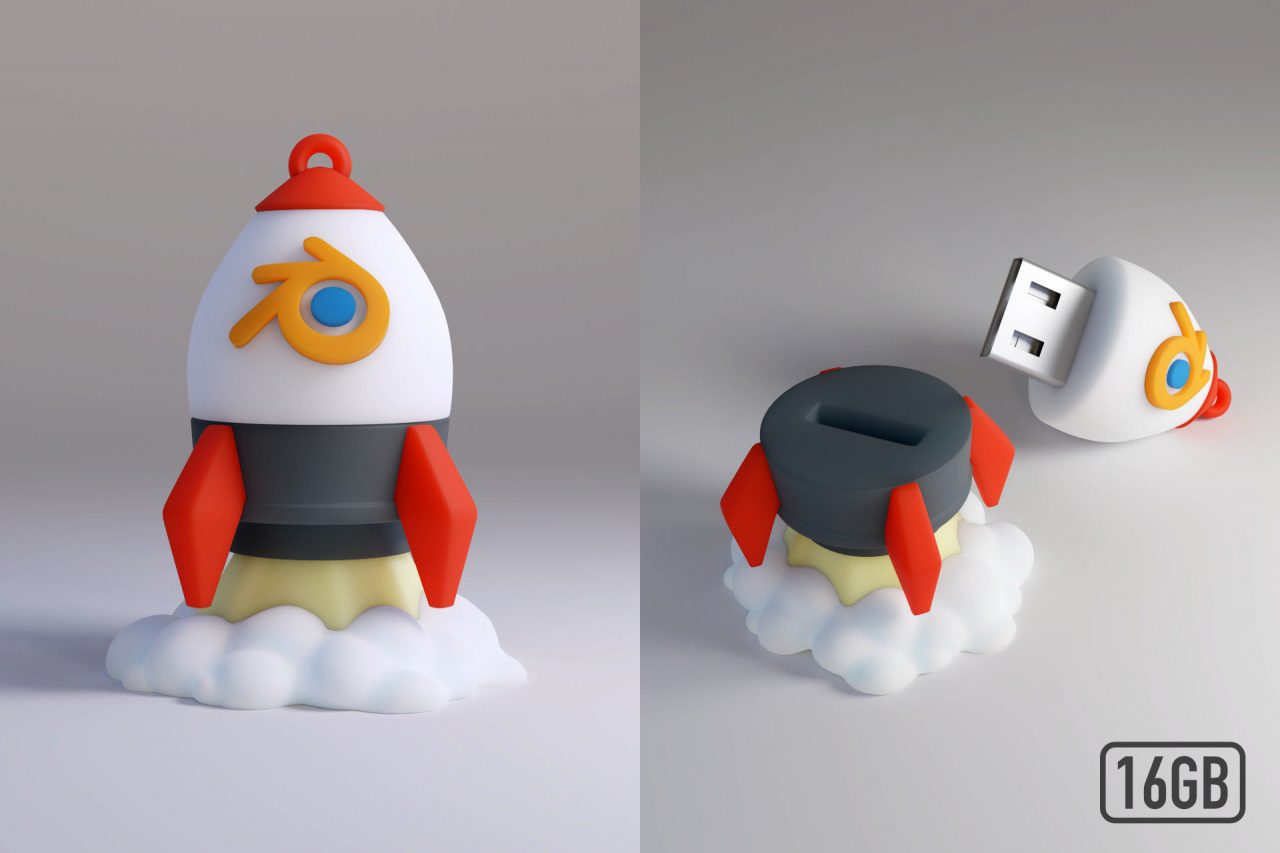 Target was to collect funding to get the core Blender developer team to work together in one place on solving all the nasty technical issues that would keep Blender 2.8 from getting ready. Within a few weeks, the target (2500 rockets) was met, and invitations to developers went out to come to Amsterdam to work on Blender in April/May/June. These three months were one of the best periods in my Blender life ever – so much fun and so incredibly inspiring to have everyone together. The months went over way too fast… now if we could keep all of them on board full time for a longer time…

I was already eying the building in the summer of 2017. It was quite ugly (well, not 17th century Amsterdam), already empty for 5+ years (‘North’ is considered the back corner of the city) but with 5 times more space to work on Blender and film projects – unlimited possibilities!
Three things came together that made us decide to move over – the announcement that the new North-South metro line would finally be delivered in 2018, the office owner finding a company to share rent with, and of course the prospect to be able to host a Code Quest.

With the metal Blender logo being added in summer 2018 it finally became “my place” and “our place”. Every other day we get visitors to get the famous 5-minute tour. It’s sometimes a burden, but I feel obliged to it. If you’re in Amsterdam, drop by! 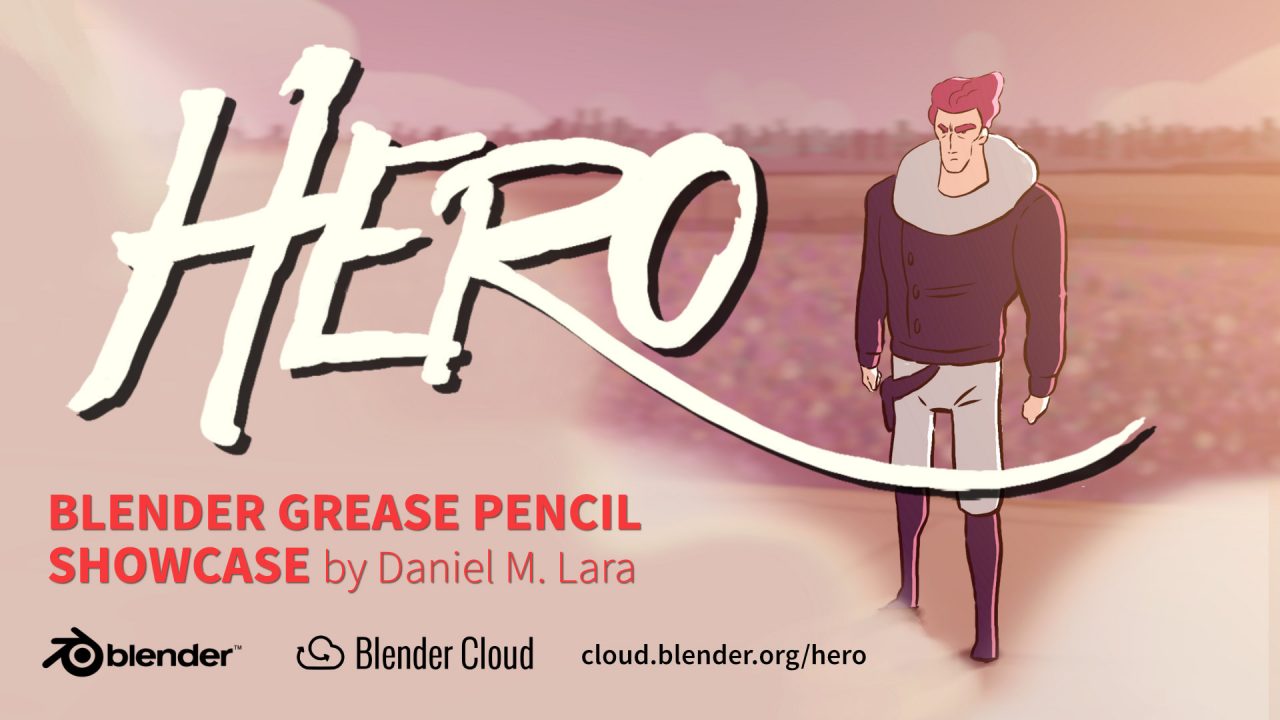 We do “Content Driven Development” – that’s what I usually say on presentations. It’s what makes Blender so special. It gets us a lot of support from artists, and especially it’s something that keeps me going! Supporting a group of artists to challenge Blender to the max is an inspiring (+fun+frustrating :) and a quite efficient way to get software production ready. This why Blender Cloud exists.

The “Hero” short film was the first Blender Cloud project supporting an external team; aligned with improving the Grease Pencil tools and to make it work for 2.80. The short is a real creative milestone for Blender. A lot of studios are eying us for this reason. Great job, Daniel and team! 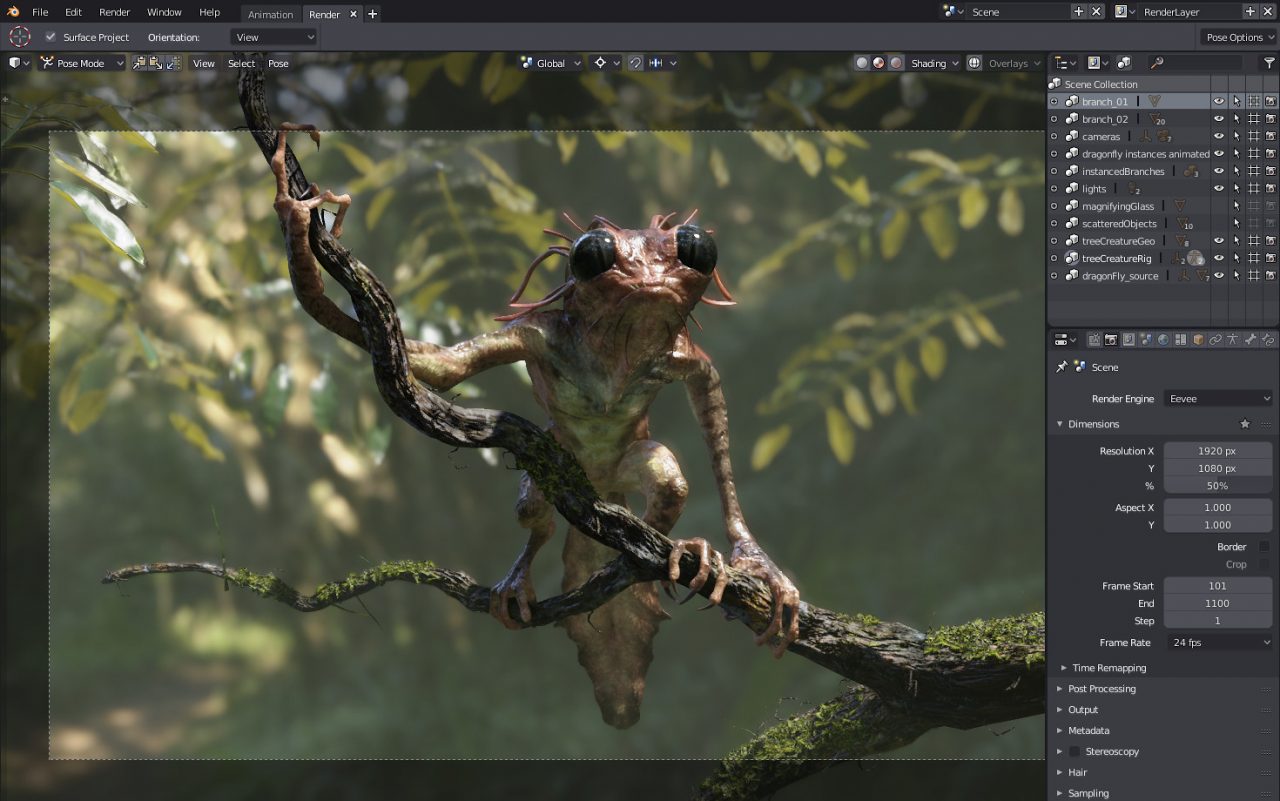 One of the best features of working in open source is that you can directly work with your users. The interaction of outstanding artists with Blender developers has been especially clear in the area of Blender’s “real-time photorealistic rendering in the viewport” project, aka the “EEVEE” drawing engine. The frequency of stunning demos was awesome. Quite often you saw several amazing new EEVEE works on your social media timeline scrolling by.

My (current) personal favourite; the creature breakdown by Daniel Bystedt. I was watching this video with the feeling of “something very alien arrived from the future”. And I don’t mean the creature. 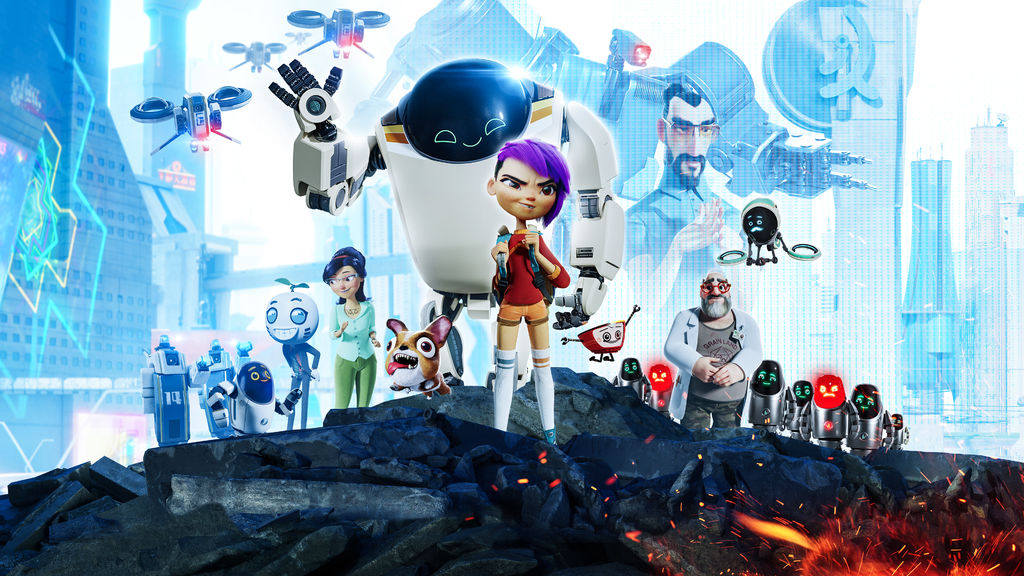 I’ve met with Tangent Animation’s owners Jeff Bell and Ken Zorniak a couple of times. Just out of the blue they boldly decided to move their entire studio from Autodesk to Blender. Just like that. No complaints to Blender Foundation, no avalanche of bug reports, but instead taking control over their pipeline by hiring great people and supporting Blender developers. It was already amazing they then pulled off the Ozzy animation movie – but that film suffered low budget symptoms a bit. And then their studio released Next Gen. I don’t think anything else could have made more proud than this last summer. Especially while going around at SIGGRAPH accepting a completely different stance from the industry. What a milestone! 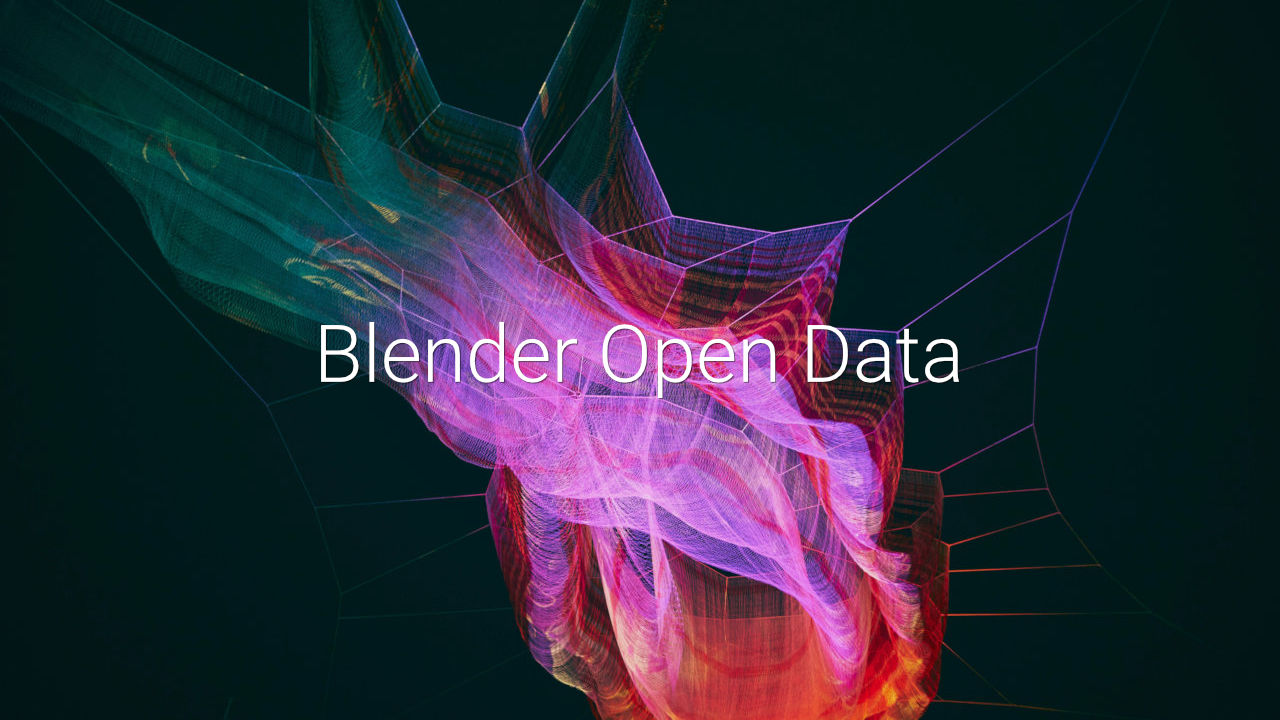 It always struck me that there was no good and relevant open benchmark for 3D production software. Well, if anyone should come up with that it’s Blender of course. So we started a benchmark project last summer. The best thing is that it’s not just a benchmark you can download and run, it’s being combined with a website where you can submit the test results anonymously – thus contributing to a real public community-driven and independent resource for comparing hardware performance.

Check it out on opendata.blender.org, the front end (searching, displaying graphs) is still being worked on but it will go out of beta in January 2019. Kudos to the BI team for this project: Francesco, Sybren, Brecht, Sergey and Pablo. 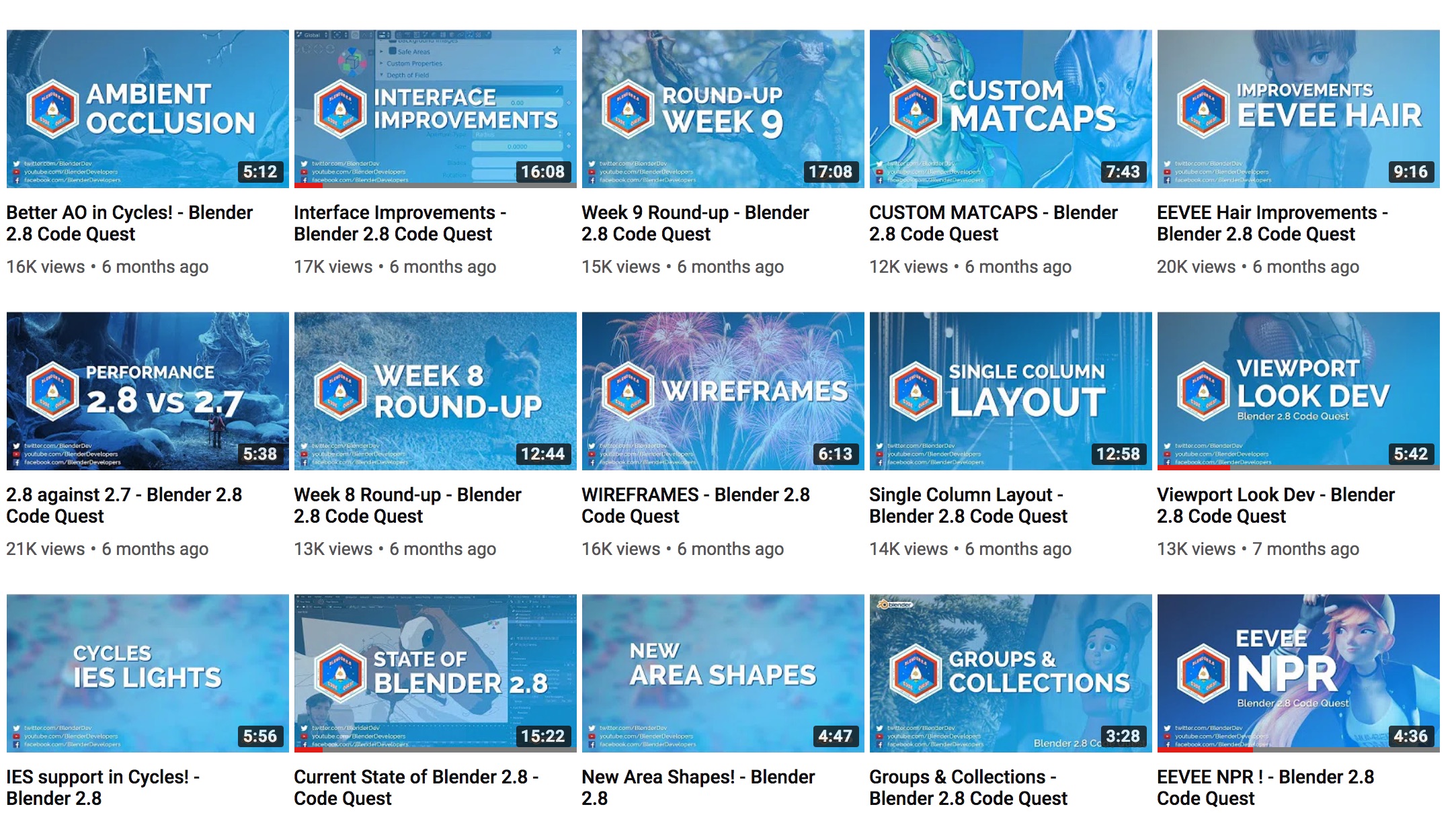 I started the Code Quest with asking Pablo Vazquez if he would be willing to share a video every day. OK, every other day then. And with a reluctant start he took off. And man did it work :) you don’t want to know how many people who visited us in our new HQ said “I watched all your studio tours!”.

Just go here to watch the whole collection. Over 60 videos produced since March this year.

Let’s not forget the efforts Pablo has put in blender.today. Live streams about Blender every week. 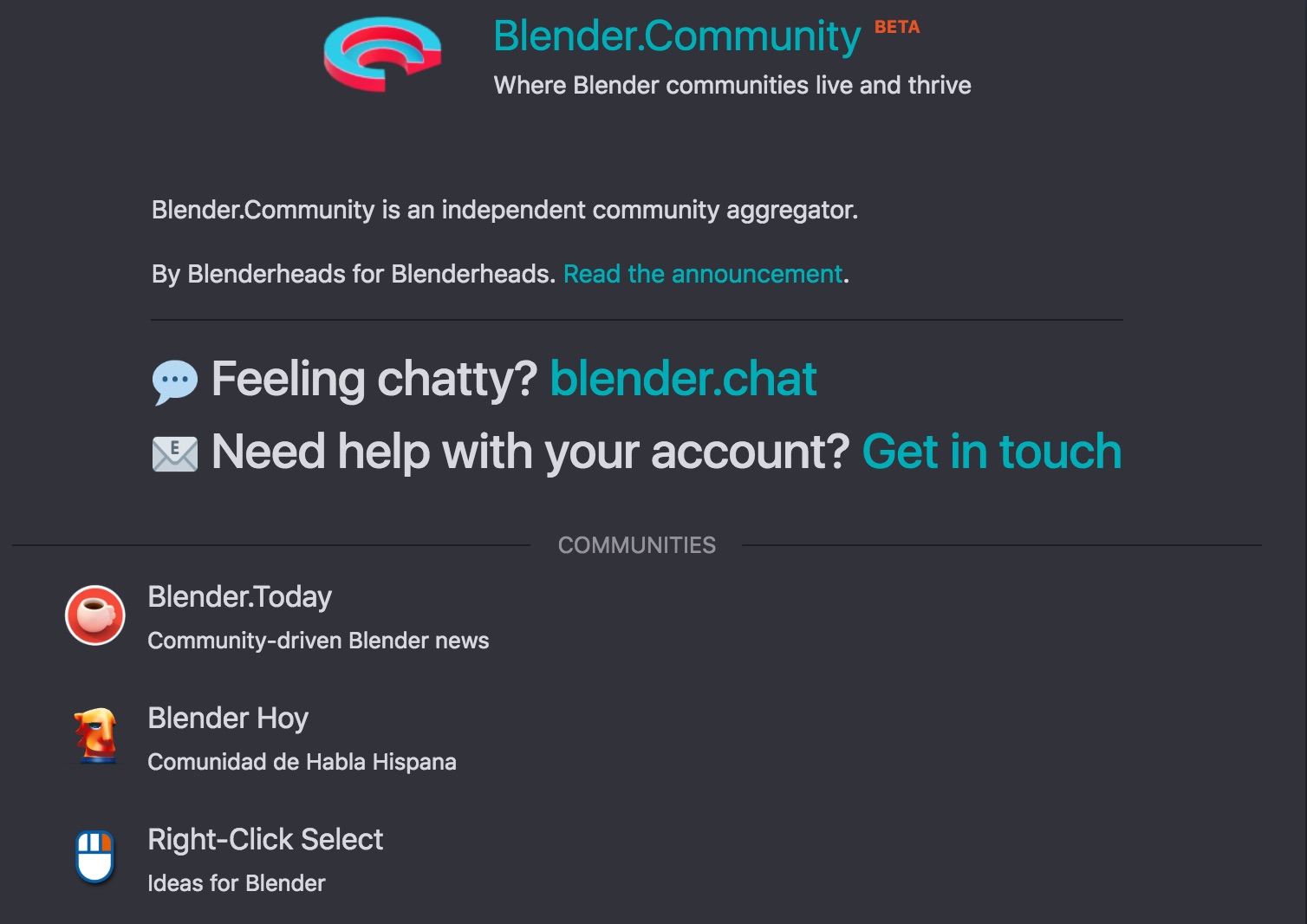 Quietly, as side projects by Francesco Siddi and Pablo Vazquez, a whole new range of Blender websites emerged.
Check on their work: blender.community.  Here you can chat, watch news, discuss features, or start your own community.

Curious to see where this goes to in the next year. Good job guys.

I knew Grease Pencil was big. Starting as an annotation tool for in Blender’s UI, it became a tool for storyboarding as well. Oh, why not do complete animatics while we’re on it? Wait, can we do a 2D animation production in it? Check, here’s Hero!

The jaw-dropping video above shows yet another use case I would never dared to dream of. Thanks Jama.

More full-timers to work on Blender 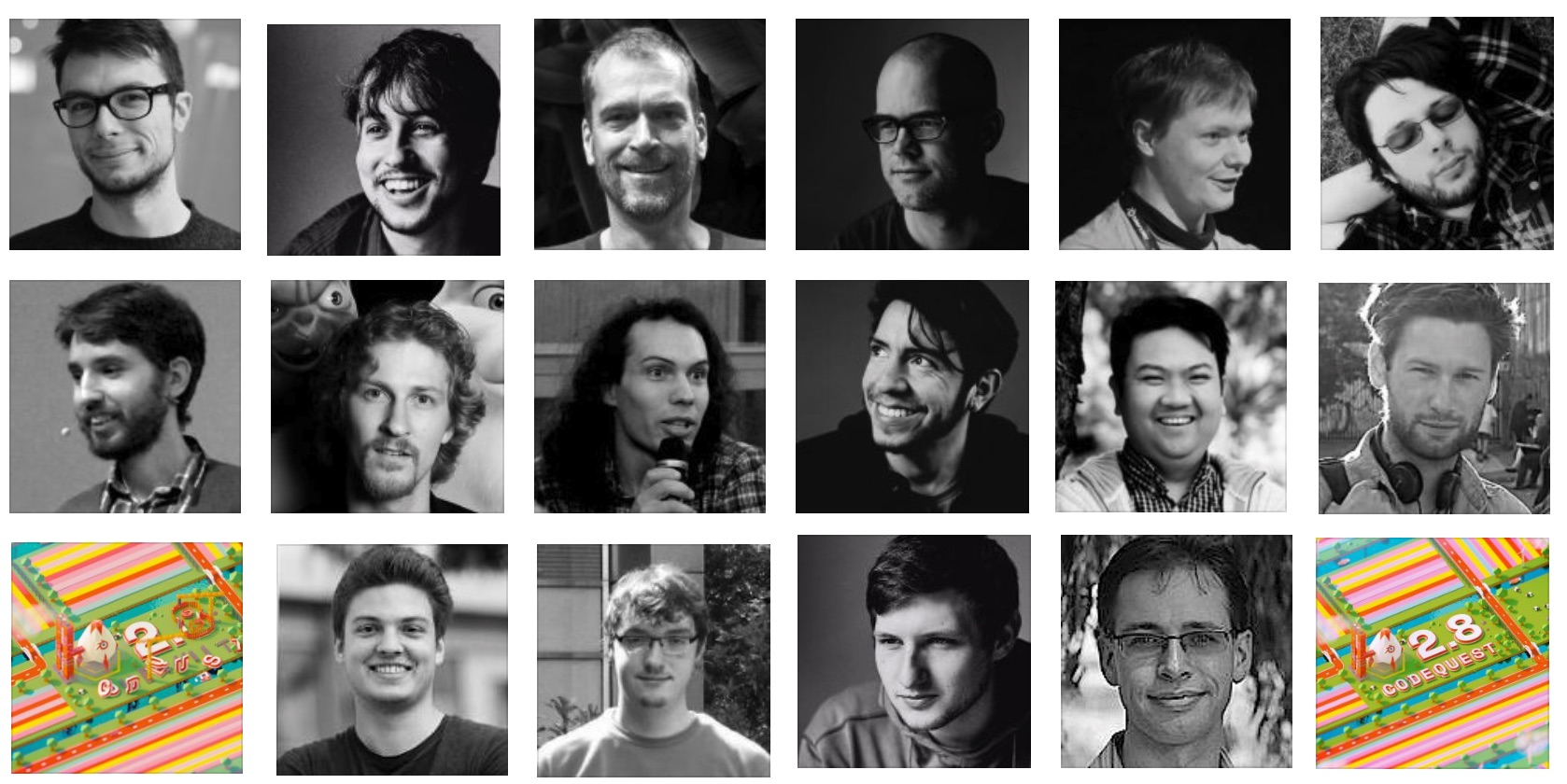 It has been awesome to be surrounded by such great people here. (The collection above is the code quest crew.) I’m super happy that a couple of them decided to accept a job to work full time here on Blender. New in 2018 are Brecht Van Lommel (pic 7, of Cycles fame) and Jacques Lucke (pic 13, of animation nodes fame). Starting early next year is Jeroen Bakker (pic 16,  compositor & workbench engine fame). More people to follow! 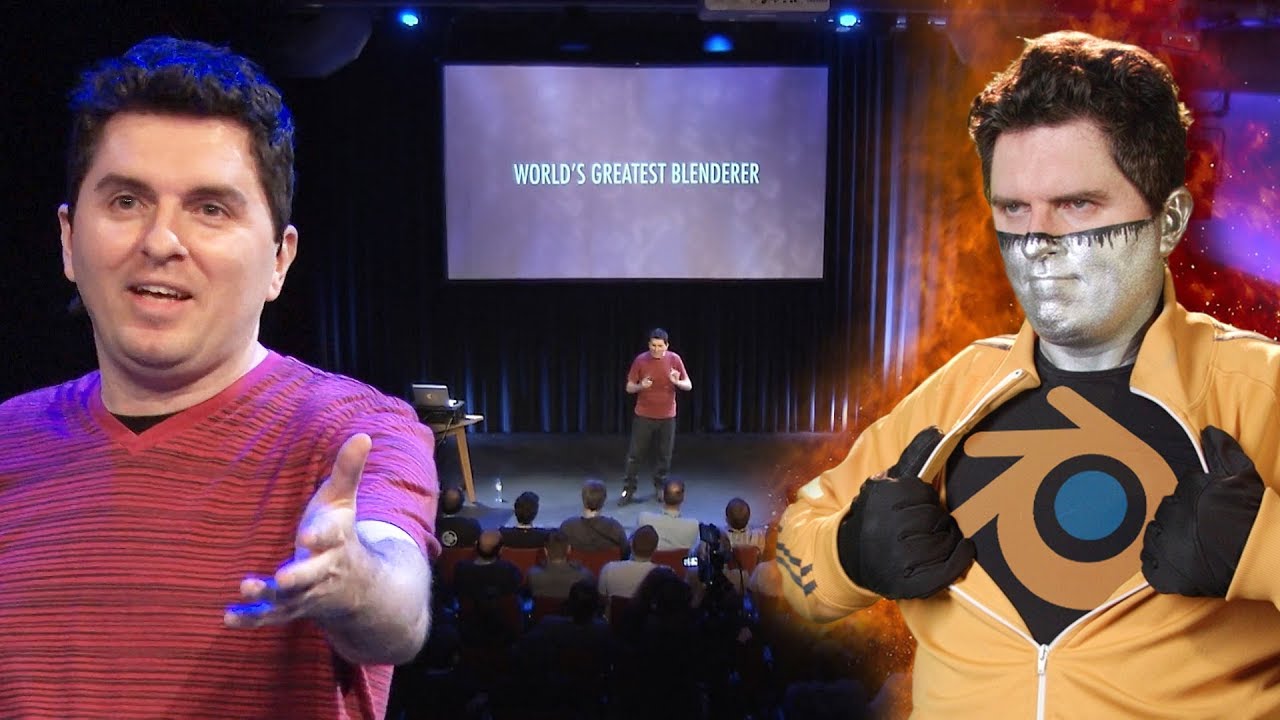 Blender Conferences are always awesome. Every year I’m glowing of satisfaction, feeling like I’ve experienced the best family gathering a person can wish. But this year… even now I’m still sortof emotional when I think of it. Everything worked out beyond expectations. The organisation, the venue, the catering, the online coverage, the streams, the videos, the speakers, the dinner/party, the audience. 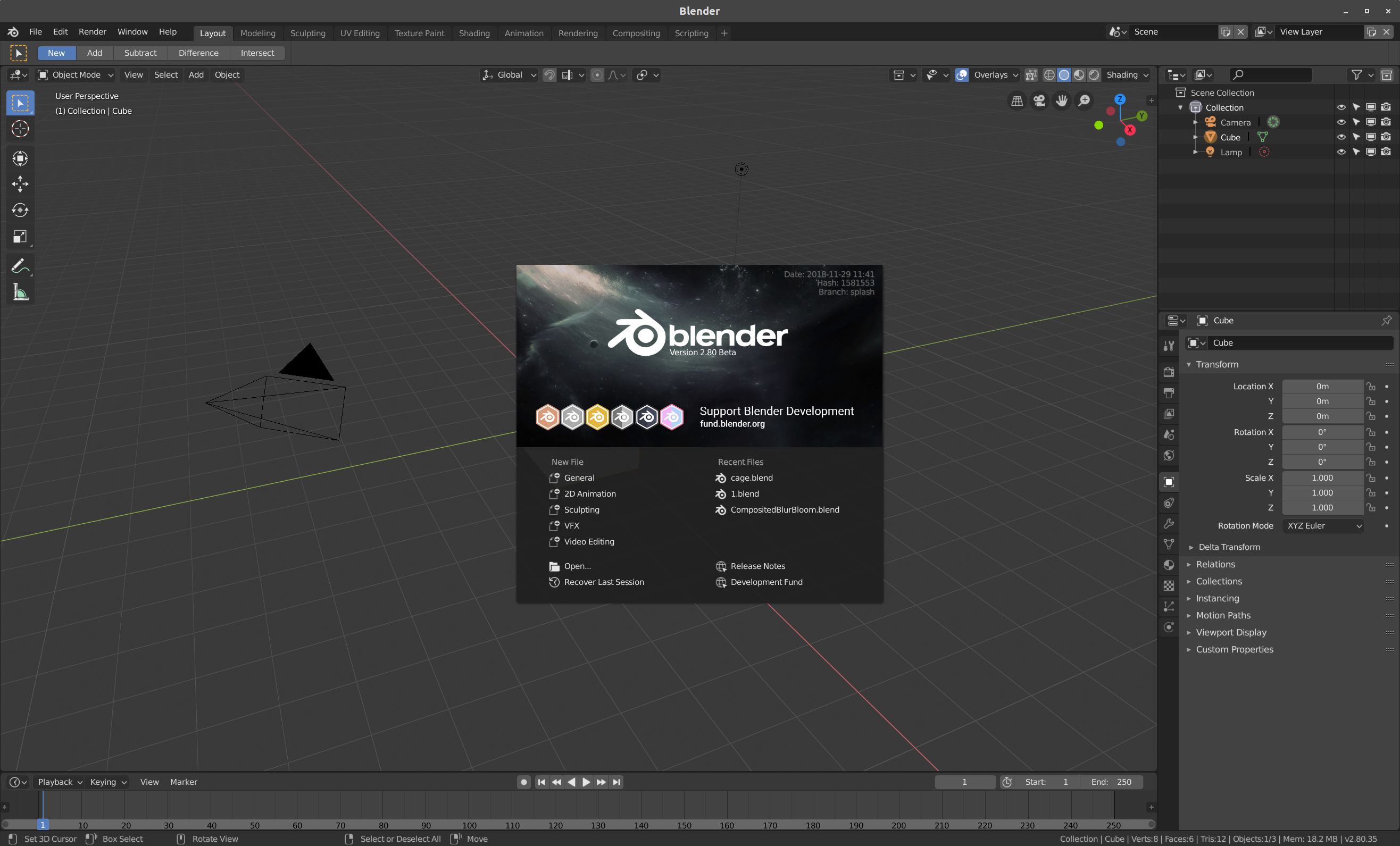 And there it was. A bit later – in november – but not less awesome. Blender 2.80-beta. Did 2018 not have enough milestones already? :)
For a quick overview, get updated about this important release here. 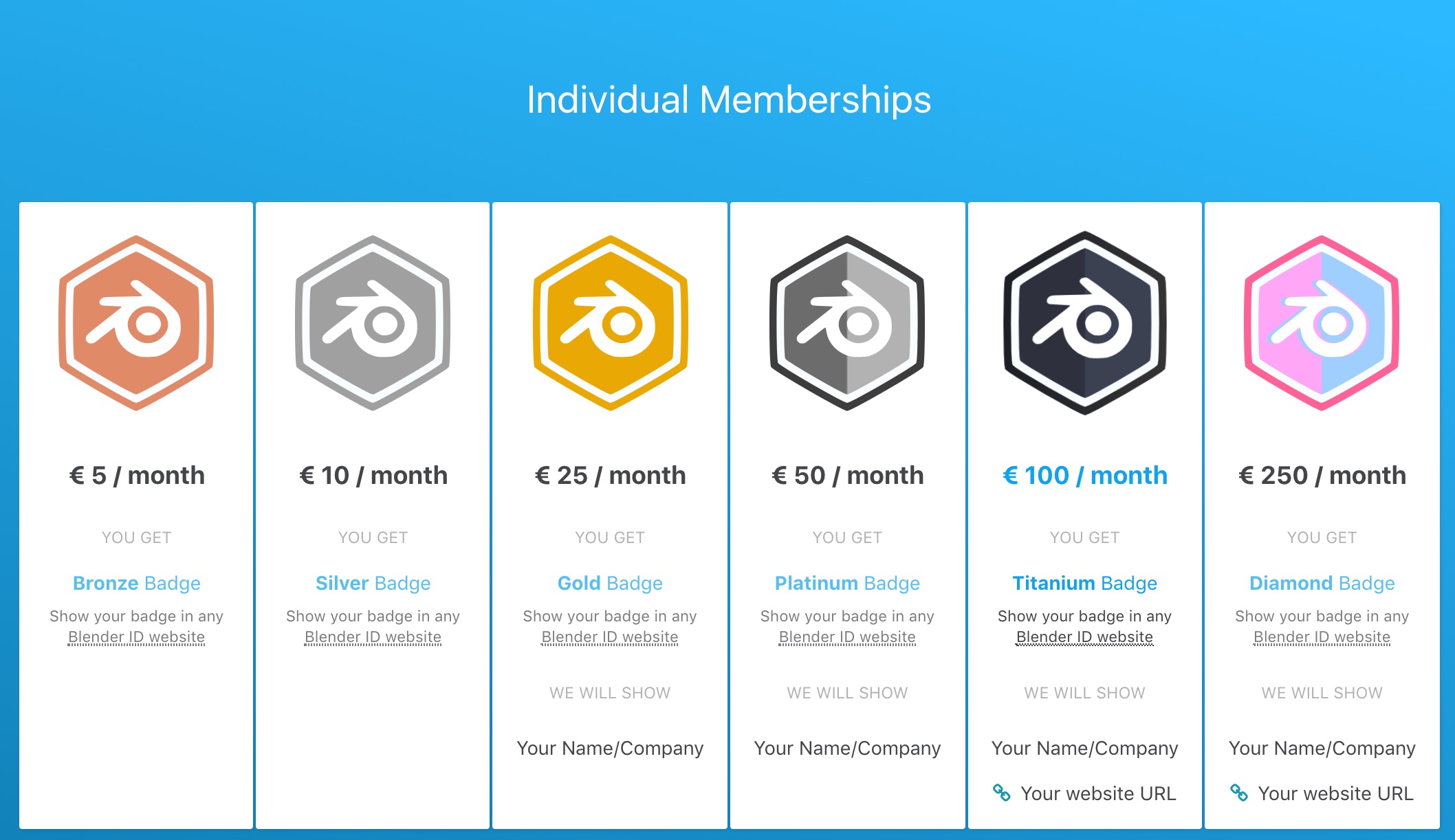 With so many people and companies now depending on Blender, its future can’t be left to chance. That’s why the Blender Foundation keeps playing an important role – to be a neutral and independent force to manage the blender.org infrastructure and to facilitate the active contributors for the long term.
That’s why the Development Fund is so important. Keep the Foundation strong, and keep Blender Open and Free, forever!

Last but not least. There’s a whole team of artists here at work on a new open movie – Spring. Working in the 2.80 branch already since last May, they’re key in ensuring we have a production-ready Blender release in Q1/Q2 2019.

Directed and written by Andy Goralczyk, this epic short is about the rite of Spring – set in a poetic fantasy universe based on Andy’s childhood memories.

Spring is targeted to be ready in March. You can follow the progress of (and support) this short in Blender Cloud. The film is in a race with Blender 2.80-stable. Which will come first? Find out in 2019!

Wish all of you a happy, prosperous and creative new year,