Spanning more than 100 years of motion image history, eFootage holds a vast quantity of news material, especially from 1960 through the present, as well as deep, eclectic collections of silent film white and color industrials, newsreels, lifestyle footage, world travel elements, and 35mm design and blue screen holdings. Clips are available for licensing and download via the company’s website.

“Over the years, we have purchased a variety of existing libraries and have licensed others,” explained Partner Paul Lisy. “We welcome discussions with content holders on how we can help monetize their holdings, and we also provide footage research and related services for specific projects, as well as some production work.”

Lisy added, “We have sought to procure and present unique, often rare film and video clips of the highest possible quality. Currently, we are in the midst of a multi-year push to digitize and present onlin1818000e, often at HD and 4K resolutions, the bulk of our vast repository, much of which we will be offering for the very first time. We have scanned a couple thousand hours of content at this point, with much more to go.” 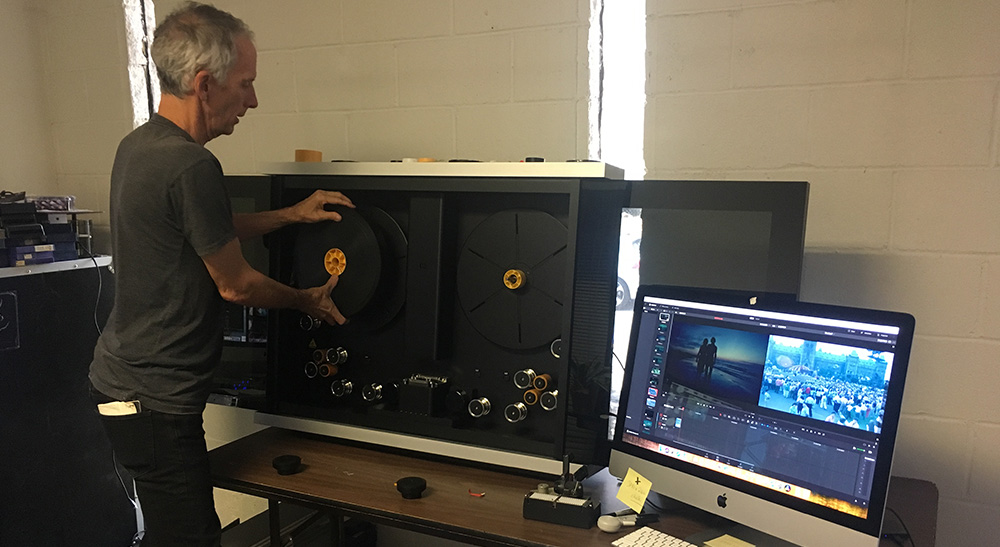 Prior to purchasing the Cintel Scanners, scanning most of eFootage’s 35mm material wasn’t economically feasible.

“The Cintel Scanners give us the ability to control scanning quality while minimizing cost and turnaround time,” said Partner Greg McLemore. “Previous solutions we looked at were prohibitively expensive, and Cintel has been the first cost-effective, high-quality solution we discovered.”

eFootage relies on two Cintel Scanners, along with 16mm and 35mm Gates and Cintel Audio and KeyKode Reader to scan its extensive holdings.

“Previously, we had equipment in-house to digitize our 16mm content, but we replaced it as Cintel helps us present the content in higher resolution formats. Our experience with our first Cintel Scanner has been so great and problem-free that adding a second scanner was a no-brainer, and it has helped increase how quickly we can make our collection accessible. Also, we were really excited to hear of the release of the Cintel Audio and KeyKode Reader, which allows us to work with mag track audio in-house,” said Lisy.

eFootage has an enormous amount of film and videotape in a variety of formats. In the case of film, eFootage scans both 16mm and 35mm (positive and negative) with the Cintel Scanners, transferring it via Thunderbolt to Mac computers, which ingest the material using DaVinci Resolve Studio.

The Teranex 2D Processors are used as part of the archiving process for the videotape library. Time base correctors pass the footage through the Teranex 2D Processors to the computers via Thunderbolt, which record high-quality files using Blackmagic Design’s Media Express software. The recorded files are then transferred to external multi-terabyte drive arrays for further web server processing and display.

“We save the original film material for all our holdings and occasionally go back to it upon client request,” noted McLemore. “Additionally, some of our film content, which had been previously scanned in years past, can now be rescanned at higher resolution and quality using the Cintel Scanners. Currently, we offer upgrade services on material that is not yet featured on the site in higher formats, which can involve rescans on the Cintel or uprezing from SD to HD via the Teranex 2D Processors.”

“The Cintel Scanner’s real-time scanning functionality, reliability and economics, coupled with the Teranex 2D Processor’s high-quality output, are a combination that can’t be beat,” concluded Lisy. “The Teranex 2D Processor is the least time-intensive solution we have found to-date for converting older SD material to HD, and overall, both products are durable and easy to use."