From mech shooter Blazing Core to action-adventure Raji: An Ancient Epic and hilarious party game TYRED, there was something for everyone at this year’s showcase.

As well as giving Rezzed attendees more awesome games to play, the “Powered by Unreal Engine” showcase provided great opportunities for developers to promote their projects while still in development.

For international developers especially, Rezzed is the ideal place to introduce games to the UK audience. One such developer was Holospark, based in Seattle, who brought their co-op shooter Earthfall to London for the very first time. In Earthfall, four players team up online to fight against an alien menace with guns, barricades, and much more.

“This was our first Rezzed and it has been a great experience,” said Collin Moore, senior community manager at Holospark. “European gamers seem to really get Earthfall and what we can deliver with Unreal Engine. Without Unreal, it would be difficult for our team to create a game of this quality.” 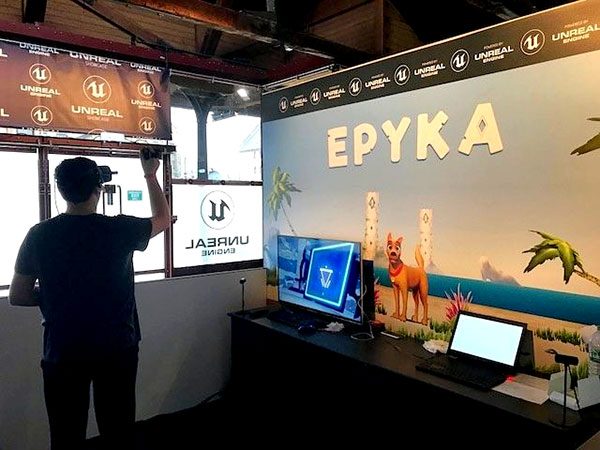 Another indie developer in the showcase was Singular Perception, based in Italy. Their game, EPYKA, is a VR adventure experience where players explore the secrets of a beautiful lost island with the help of Jack the dog. Exhibiting at Rezzed allowed the team to meet with UK journalists and future EPYKA players.

“Working with Epic, we’ve had a really good show,” said Sofia Castegren, sales & marketing manager at Singular Perception. “Feedback for EPYKA has been really positive, especially from journalists and kids. There’s a great range of attendees at Rezzed, from kids to older gamers. We’ve even had people trying VR for the very first time!”

In addition to games that are still in development, the Unreal Engine zone also showcased recently launched games. Q.U.B.E. 2 is a first-person puzzle adventure game by Toxic Games, where players solve physics puzzles to escape a strange alien planet.

“Rezzed has gone really well for us,” said Adam da Rocha, community manager at Toxic Games. “Q.U.B.E. 2 has just come out, so it’s been great to get that hands-on feedback. There’s something special about seeing someone discover and play your game for the first time. We have a cool relationship with Epic, and the whole process was really smooth and painless compared to some showcases.” 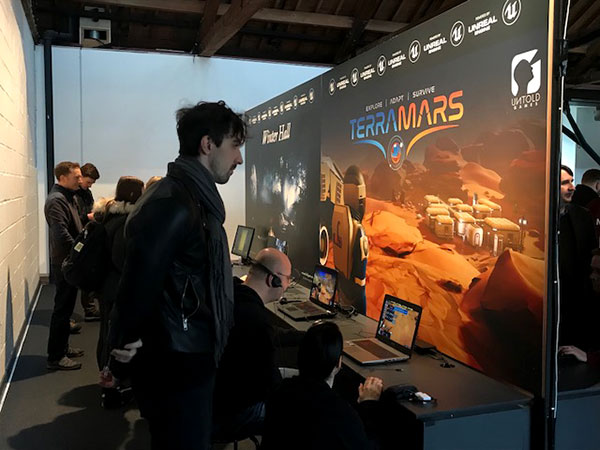 The showcase also highlighted two titles from Developing Beyond, a development competition run by Epic Games and global charitable foundation Wellcome. In the year-long competition, indie teams were challenged to create titles based around the theme of “Transformations” and compete for $500,000 development funding. Seed, a virtual reality plant breeding game by All Seeing Eye was the overall winner, followed by Winter Hall by Lost Forest Games and Terramars by Untold Games. Both Winter Hall and Terramars were on show to the public at EGX Rezzed.

“Being in the “Powered by Unreal Engine” zone is a seal of quality for our game, and the support from Epic has been fantastic,” said Robert McLachlan, director at Lost Forest Games. “We’ve had a really great reaction from people playing Winter Hall at the show, and not only that, we’ve also had the chance to talk to publishers as well.”

Check out all the other fantastic titles that were on show below!

Hello, My Name Is Nobody

The Fall of Lazarus